Rousey vs. D’Alelio At Strikeforce Challengers 18 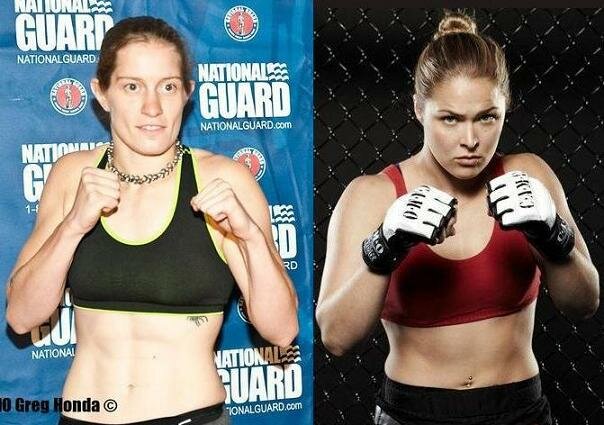 Ronda Rousey vs Sarah D'Alelio - August 12, 2011 - Strikeforce at the Palms in Las Vegas

For her 3rd Pro MMA fight, Olympic judo bronze medalist “Rowdy” Ronda Rousey (2-0) will go against Sarah “The Monster” D’Alelio (4-1),  in a 145-pound matchup. D’Alelio, the first woman to sign a Strikeforce contact under the new Zuffa regime, was slated to make her debut on June 18th in Dallas, TX against a returning Gina Carano. Unfortunately, Carano was forced off of the Dallas card due to revoked medical clearance by her doctor. In an attempt to salvage the bout, new Strikeforce matchmaker Sean Shelby contacted Rousey and offered her a contract, however Rousey was already scheduled to compete on a June 17th Hard Knocks card and when that promotion wouldn’t release her from her previously signed contract, Strikeforce scrapped the bout all together.

This fight will be on the main card of the August 12th Strikeforce Challengers 18 event at the Palms Casino Resort in Las Vegas, NV.